Don’t Blame Karma For Being An Idiot is a kooky romantic comedy by Maria Ripoll, based on the bestselling novel by Laura Norton.  It reached number one in Spain in it’s second week in the cinemas.
It stars Veronica Echegui as Sara, a fashion artisan who specialises in feathers, with a workshop in the trendy Malasaña neighbourhood of Madrid. Her ordered life falls apart after a long run of bad luck – she has no customers, her boyfriend has moved to Paris, and then her father and her sister suddenly move into her apartment. The final straw is when her model sister presents her new fiancée – it’s the musician that Sara had a huge crush on in high school.

Aaron (played by Alex Garcia) is a pop star with a massive following, and in the film plays several concerts and we hear his music on the radio, on Spotify and in videoclips.  All of this music was written and produced especially for the film.

I also worked with Maria, the actors and the set designers for the musical sequences as musical director and technical consultant, as well as collaborating closely during editing.

The music created for the film is divided into two parts – Aaron’s songs and the film score itself.  We found ways to interweave them into one another.

I worked for many months developing this imaginary “recording artist”, including flashbacks to high school and radio friendly pop tracks.  The lyrics were interwoven into the script to reveal details about the character. This song development was complex as I had no film to go on, nor complete lyrics, and yet we needed to create the right songs to open and close the film.  We went through many iterations of the songs and musical styles before we settled on the final arrangements, including during editing.

The score itself is a mixture of kooky vintage, indie pop and funky nonsense that compliments the very strong visual style of the film.

Finally, as part of the soundtrack, I wrote several songs that represented Sara, that were sung by Maria Rodés. Other backing vocal collaborators included Ramon Mirabet, Miki Ramirez, Eduard Gener and Jordi Pareta.

- with Alex Garcia and Veronica Echegui - 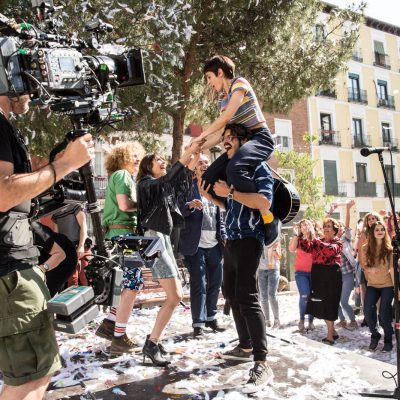 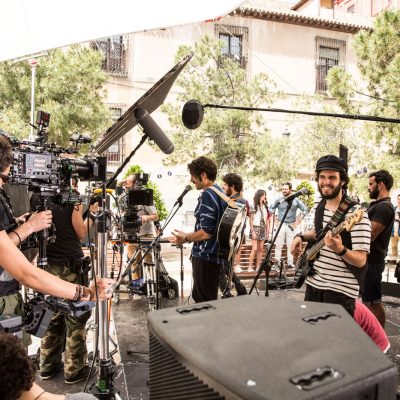 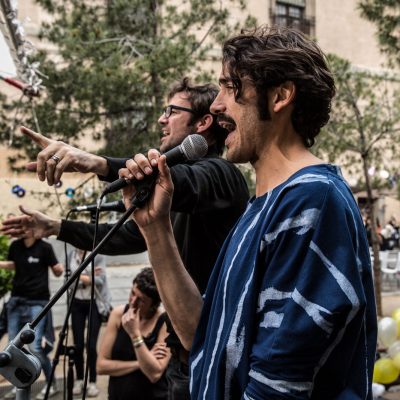 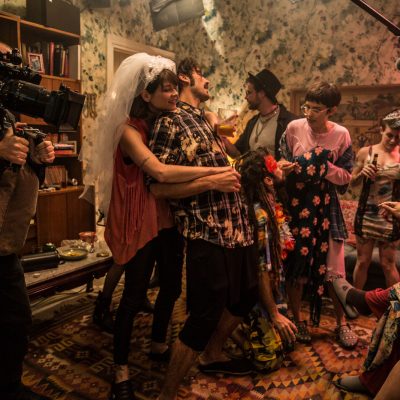 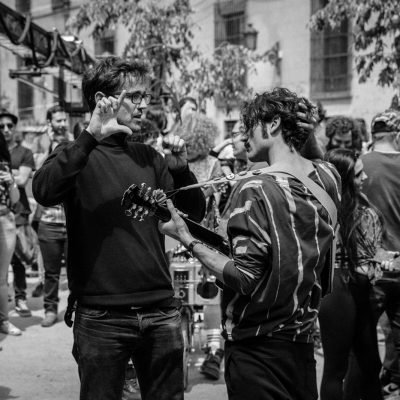 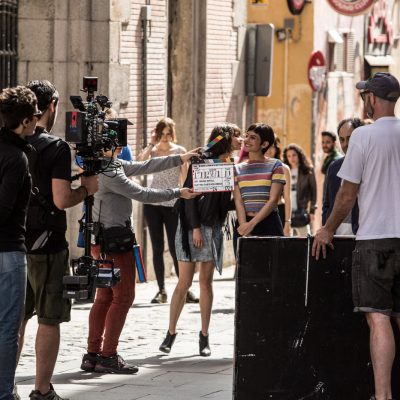 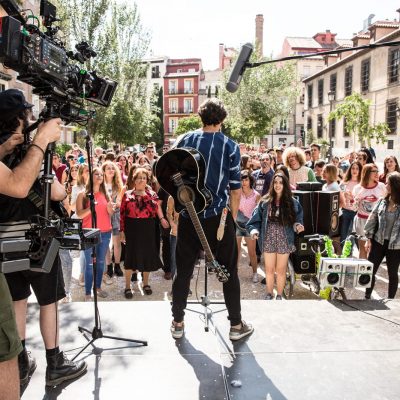